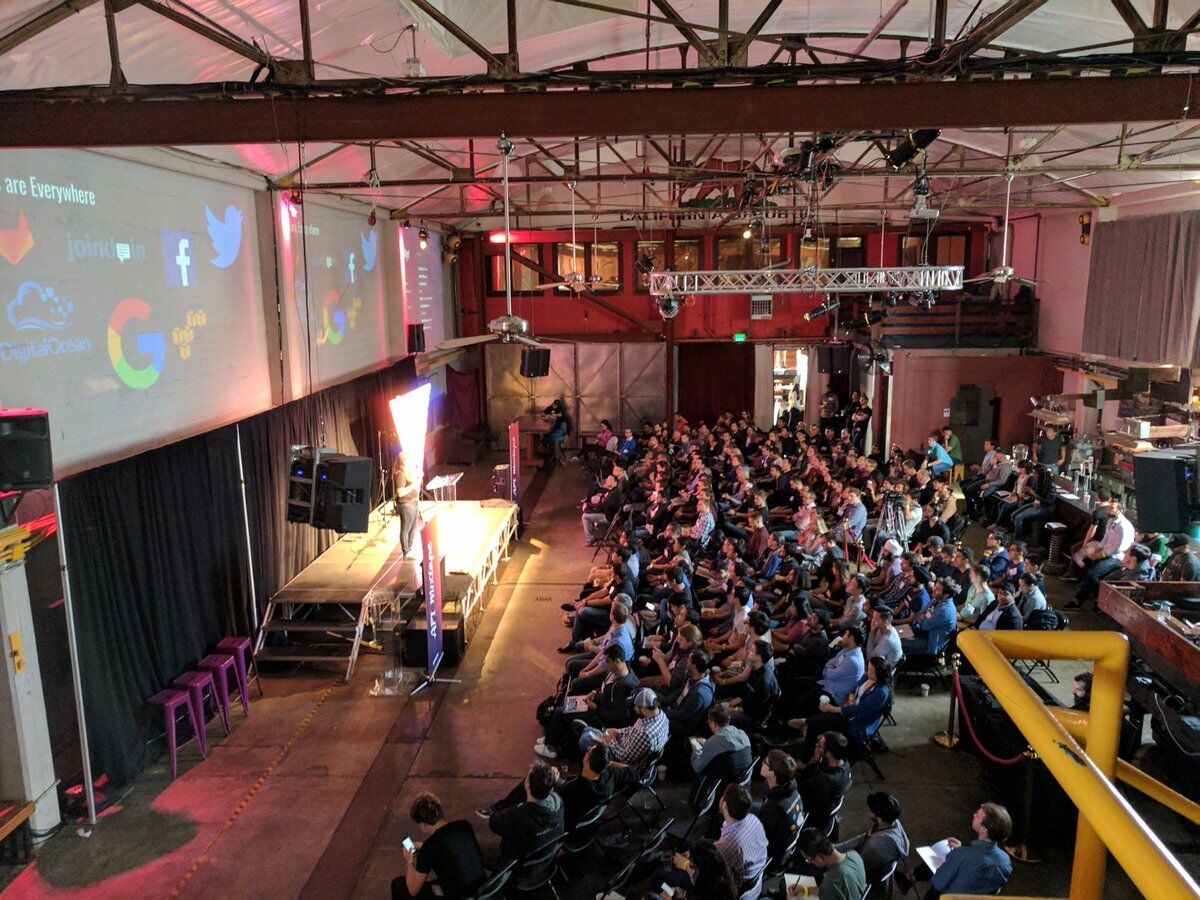 A few months ago ReadMe hosted our very first conference, API Mixtape. We’re a small team working to make APIs easier to use. An important part of that is having a strong community. We wanted the conference to be a space for people from throughout the API community to come together and learn.

For our first conference, we felt it went pretty well. We sold out and filled our venue with nearly 300 people. We got plenty of positive tweets.

One thing that can’t be judged by these metrics is diversity. After attending a few conferences in this space with very few women, and one where I was the only woman present, it was really important to me to make this a welcoming space for everyone, and to be intentional about getting diverse community members in the door.

For this post, I’ll be talking about the gender ratio, but that’s certainly not the only type of diversity that matters. As we plan more events, we’ll be working with more community groups to include other underrepresented minorities (URM) in our events.

Many smart people have already explained why diversity is important and leads to better business outcomes. Diversity at conferences is especially important because we are putting people up on stage as role-models. We are telling our attendees, often people early in their careers, that our speakers are what experts in the field look like and what they might aspire to be. To get more diversity into tech we need to show people that its possible to get there.

Diversity at a conference starts with the people on stage.

To that end, we made it a priority to have a diverse speaker set on stage. Of our 14 speakers, 4 were female-identifying, bringing us to about 30%*. 4 of the 6 individual talks (non-panels) were given by female speakers. Several attendees told me they decided to buy tickets mostly because of the diversity on our speaker list.

For attendees, we didn’t ask for much identifying information, so the best way for us to judge the ratio was by name. Paying homage to our roots, we used a gender identifying API that checks a database of 216k names across 79 countries and 89 languages.

Across the tech industry, there is still a chronic underrepresentation of women in the workforce. This underrepresentation extends to conferences, and is likely perpetuated by the lack of inclusion at these types of events. Many of the largest conferences don’t release diversity reports. However, this year Google I/O celebrated hitting 25% women attendees & speakers.

Since the topics covered at our conference were aimed at developers, we also compared our numbers to the average technical representations throughout the industry. Here’s how they clock-in according to their most recent public diversity reports.

We’re fairly happy that we passed the industry averages for attendees at conferences and technical staff. Of course, since 50% of the population is female, we aren’t celebrating this as a complete success. This is just the beginning and there’s much more work to do.

How we did it

We intentionally went into the event with the goal of having more women involved. When planning a conference you can and should do this not only for women attendees but other groups that may not feel welcome. Here are some of the things we did that were successful:

For a small company, it can be really difficult to get diversity at a conference because there isn’t much wiggle room to break even with the costs and ticket sales. If you are paying attention from the beginning, you can price tickets in a way that allows for donating some.

This wasn’t a large conference, but these steps took us only a few hours. With a bit more time for preparation and brainstorming, we expect to be able to reach even more diverse groups.

More work to do

We’re planning on hosting the same event next year. Though we’re proud of matching the gender ratios of many of the biggest technology companies, we know there’s still a lot of have work to do.

We continue to support the community through our meet up, and will work with the same groups to make sure that underrepresented groups we’ve already connected with remain a part of our community for the long term. We’ll be aware and pay attention to how our community grows.

Most importantly, we’ll work to ensure other underrepresented minorities become a part of our community and feel supported as they do so.

EEOC Report on Diversity in Tech

*To give credit to the team, we did originally have 5 female speakers of 11 but had to scramble due to a last minute cancellation. Unfortunately, its not the thought that counts here.

Get To Know Your User for a Better API