“Your domain readme.io has been mentioned on Product Hunt.”

It was 1:35am on a Sunday night, and the text was from Product Hunt Alert. I was in the middle of migrating servers, Gabe was somewhere out in the wilderness camping, and we hadn't polished up the main page to get it ready for launch.

And yet there we were, on Product Hunt
I frantically texted Ryan Hoover asking if he'd take it down, but he was long asleep. We were starting to get upvotes and comments, and I knew that by the time he'd wake up there would be no point in taking it down at that point. So, I put on a pot of coffee, emailed the team, and got ready to pull an all-nighter.

This was it. We were launching.

Sign up for Product Hunt Alert right now. No, really. Stop what you're doing, and sign up. Almost everyone I know gets scooped before they're ready, so you want to make sure you know as soon as it happens.

Okay, eight hours until Silicon Valley rolls out of bed. First thing I did was hack together a custom Product Hunt landing page. Given the time restraints (and the fact that Product Hunt was sending people directly to our homepage rather than a sub-page), I just turned our real homepage into a PH landing page and just assumed everyone was a Hunter. 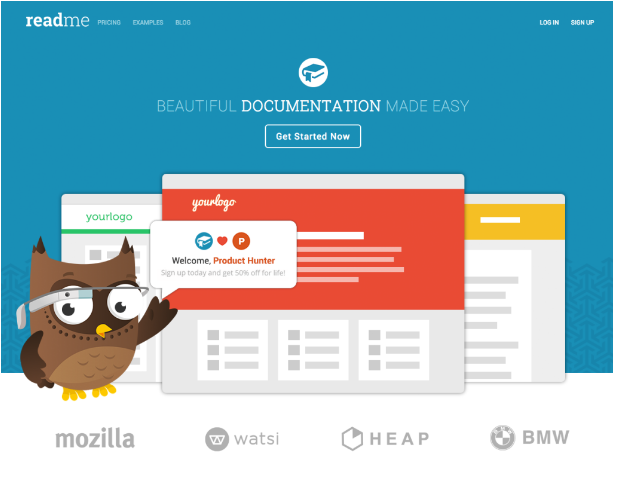 At the top, I added a huge Glasshole Owlbert. Product Hunt’s unofficially official mascot is the Glasshole Kitty, and Owlbert wanted to get in on the fun. There’s probably a bunch of people out there that still think ReadMe.io has something to do with Google Glass…

Five hours until morning! PH had just started doing Exclusives, and Ryan asked if we’d be interested. Early-adopting Hunters were insanely important to us; they ended up becoming our earliest evangelists. We looked at the discount as a way to acknowledge this, rather than just a marketing ploy such as 50% off for 2 months. For us, we did a discount of 50% off for life.

This is also a great way to experiment with pricing. A discount gives you the ability to see what people would actually pay. Slowly reducing a discount is much better than raising prices.

(No need to know Ryan – if you want to do an exclusive, just fill out the form)

Four hours; time for some social proof. We were fortunate to have a few great companies using us before our official launch, so we asked to use their logos on the main page. If you’re not a B2B company, try partnerships or testimonials.

Don’t have anyone notable using you? Go out and make it happen. The process of getting our first few users took me out of my comfort zone, since I hate asking for things. However, the social proof goes a long way when you’re on PH.

Initially, we wanted to use all our “big customers”. Companies that, say, our parents know. We felt it looked more impressive. However, we realized it actually had the opposite effect – people saw it and thought “oh, ReadMe.io is for companies much larger than mine”. In reality, we’re actually targeting smaller companies, open source is free and plans for startups are low-cost. So for the launch we ended up going with an even mix of “big and well known” and “small but cool”.

Step 4: Prepare for an onslaught

Three hours left! We wanted to be ready for whatever came our way.

*Intercom: Helped us understand who was signing up, and let us talk to them. Really great for letting us see which companies were using us. If you have a SaaS app, you need to be using Intercom. (Despite sounding like it, I swear they didn’t pay us to say this! It really is that great. Although our bill is getting a bit large, Intercom… just sayin’.)
*Mention: While a lot of the conversation happens right on PH, even more of it happens elsewhere. People write blog posts, Tweet, post on Facebook, email and more. (I’ve also heard good things about the Slack-based Notify.

Don’t end up like us! Hurry up and post before someone else beats you to it! We managed to control our launch, but it would have been much better if we were slightly more prepared.

We were lucky it was posted early in the morning. The daily leaderboard resets at midnight PST, so posting right after midnight gave us the most time to get as many votes as we could. We got the tail end of people in the US, followed by all the international folk, and then had momentum built up by the time people got to work the next morning in the US.

A quick note: Not everything is cut out for Product Hunt. I get a lot of people asking me to post things that wouldn't go over well on Product Hunt. Your product should be launched before you post. It should be easy to understand what it does, and be at least reasonably well designed. You only get to launch once; new features and (unless it's a huge release) v2.0s don't belong on Product Hunt. Most importantly, it should be something a reasonable percentage of people on Product Hunt would want. Read the FAQ before posting.

By this time the sun was up, Caltrain was full, lines at Philz were out the door, and people were checking Product Hunt. Time to comment. Rather than a traditional market-y spiel, I wanted to be genuine answer the question "why did you build it?".

Almost everyone on PH is a maker themselves, and the community enjoys hearing your inspiration. After all, we built ReadMe.io for ourselves. By walking through the how and why, we undoubtedly had people read it and think "oh, me too!". 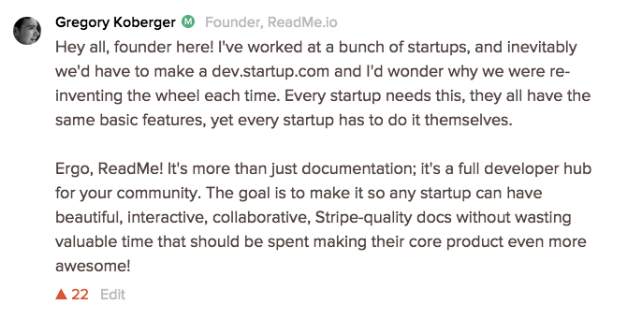 Throughout the caffeine-and-adrenaline-powered day, a bunch of our users saw us on Product Hunt and chimed in. We didn't ask anyone, but it was great. The testimonials certainly helped convince people to try us out.

You should do your best to encourage this. Make sure you tweet and email a few of your favorite users so everyone knows you're on Product Hunt. Don't ask for upvotes – just ask them to honestly review your product. There's a fine line between awareness and cheating.

We launched on Hacker News a week later. While I will say we got 5k signups between the two of them and became profitable, I don't want to use specific numbers since it'd be misleading due to a bunch of variables: 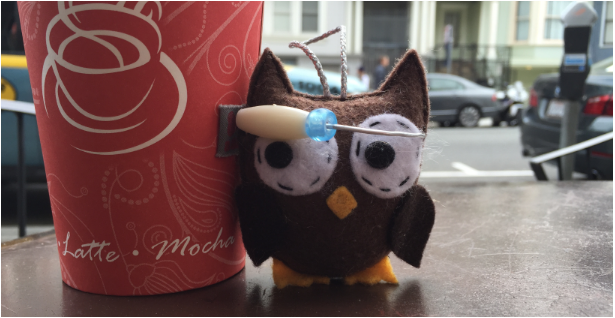 We built a developer tool focused on documentation. It gets me excited, but I know not everyone would consider it "cool". I was just hoping to hit the third or fourth spot for the day... but we ended up at peaking at number 5 of all time on Product Hunt!

Some benefits of our launch:

*We became profitable!
*People I had emailed previously and got blown off by were now emailing me.
*My favorite unintended benefit: I often send people our Product Hunt page rather than our actual URL. It shows we made something people want.

Who knows if we'd be launched by now if someone hadn't posted ReadMe.io for us. Six months before we did launch, I can be heard on the Product Hunt podcast promising I was going to launch "this Tuesday". Whoops. Everyone has an overly long list of "things we can't launch without", but knowing Silicon Valley will be waking up in 8 hours really fleshes out what's important.

So, if you haven't launched, go launch! If you don't, I just might do it for you.